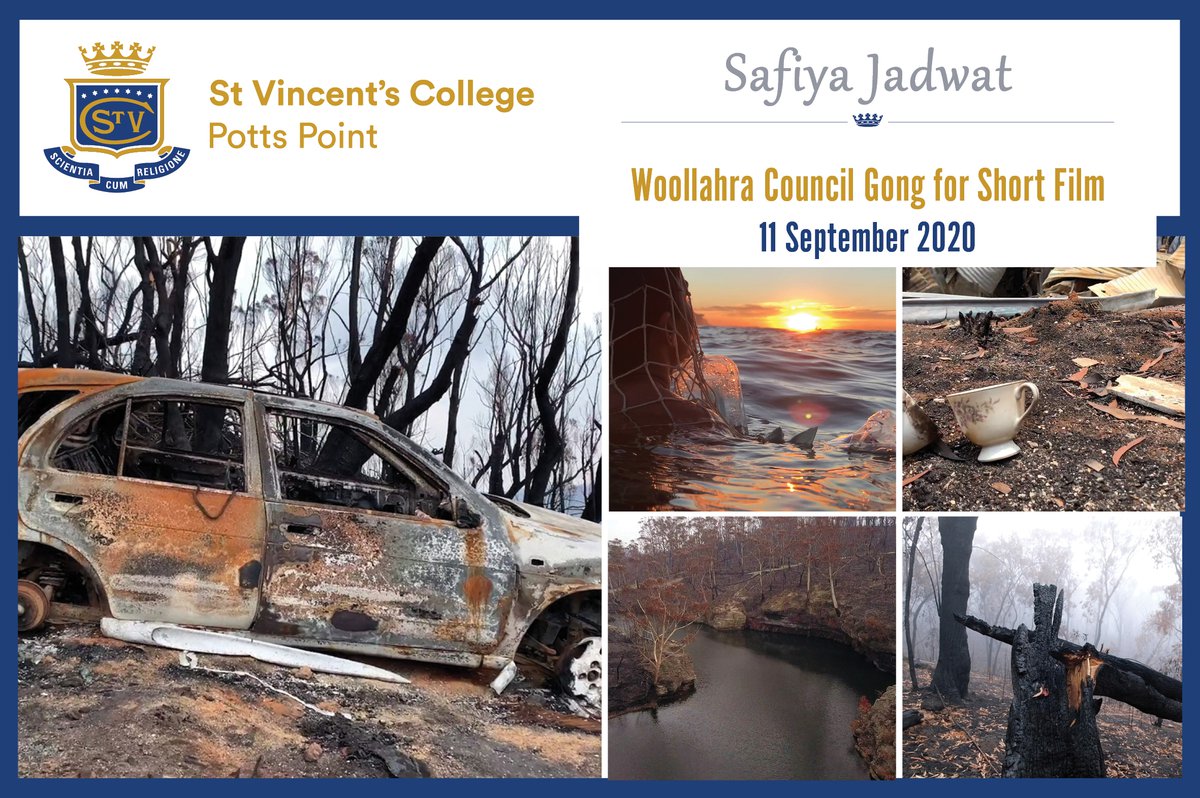 Congratulations must be extended to our year 12 Visual Arts student Safiya Jadwat, who entered the Woollahra Council Youth Photographic Award and short Film Prize competition this year. Safiya’s impressive film was recently awarded Top Prize in the senior category, for her  film submission titled Beauty in the Destruction. The competition is a high school competition and is both highly competitive and prestigious. Safiya’s film is beautifully filmed and is conceptually captivating. The film’s premise centre’s around the destruction of the 2019/2020  devastating bushfires and communicates ideas about environmental issues and the effects of climate change on our oceans , landscape and life. Mr. Shawn Seet, film maker, judged the film submissions this year. When announcing Safiya as this year’s winner he stated the following comments in his speech: “Safiya’s filmis beautifully executed, edited and filmed , I found it strongly giving… and it really stayed with me …”
Part of Safiya’s statement contextualises her ideas about her film: “…In my work each scene represents an aspect of our beautiful yet damaged landscape. It challenges the audience to focus on the consequences’ humans have had on the fragility of our environment, where the effect of our actions can have an everlasting impact...”
If you would like to view Safiya Jadwat’s film go to: Galleries2020 Youth Photographic Award & Short Film Prize